We respect your inbox. We only send interesting and relevant emails.

Often categorized as 'contemporary' in real estate listings under Home Style, Mid-Century Modern is a distinct architectural style defined by a design movement. Mid-Century Modern is also recognized as an interior, product and graphic design style that generally describes mid-20th century developments in modern design, architecture and urban development from around 1933 to 1965.

The term was reaffirmed by Cara Greenberg in the title of her book published in 1983, Mid-Century Modern: Furniture of the 1950s. It is now recognized worldwide as a a significant design movement.

Architectural styles that can be considered 'mid-century' would apply to homes that were built during this period, 1930s to 1960s and even into the 1970s. After World War II experimental building technologies and materials like steel and plywood, were used in conjunction with modern architectural elements like flat planes, split levels and extensive use of glass. Homes were designed to invite the outside in and the inside out.

Mid-century designers believed this forward-looking style could be a vehicle for social change to create a better society. Frank Lloyd Wright, who trained mid-century modern architects like Richard Neutra and Rudolph Schindler, was a huge influence.

True mid-century modern homes are hard to come by in Northern Virginia. With so many newer developments mixed with older traditional homes, the more common styles in this area are Colonial, Rambler and Split Level depending on the town or location. As you get further west from DC Metro toward Haymarket, VA there is a mix of newer homes, older farm houses and traditional estates.

Our Buyer's Specialist would love to take you on a tour of any of these homes!

Here are the Top 20 ~ Plus a Few Extra
Mid-Century Modern Homes for Sale in Northern Virginia region....

Please Note: Some of these home will go fast. Get on our mailing list below or contact The Heritage Real Estate Group for the most recently listed or COMING SOON mid-century modern listings. 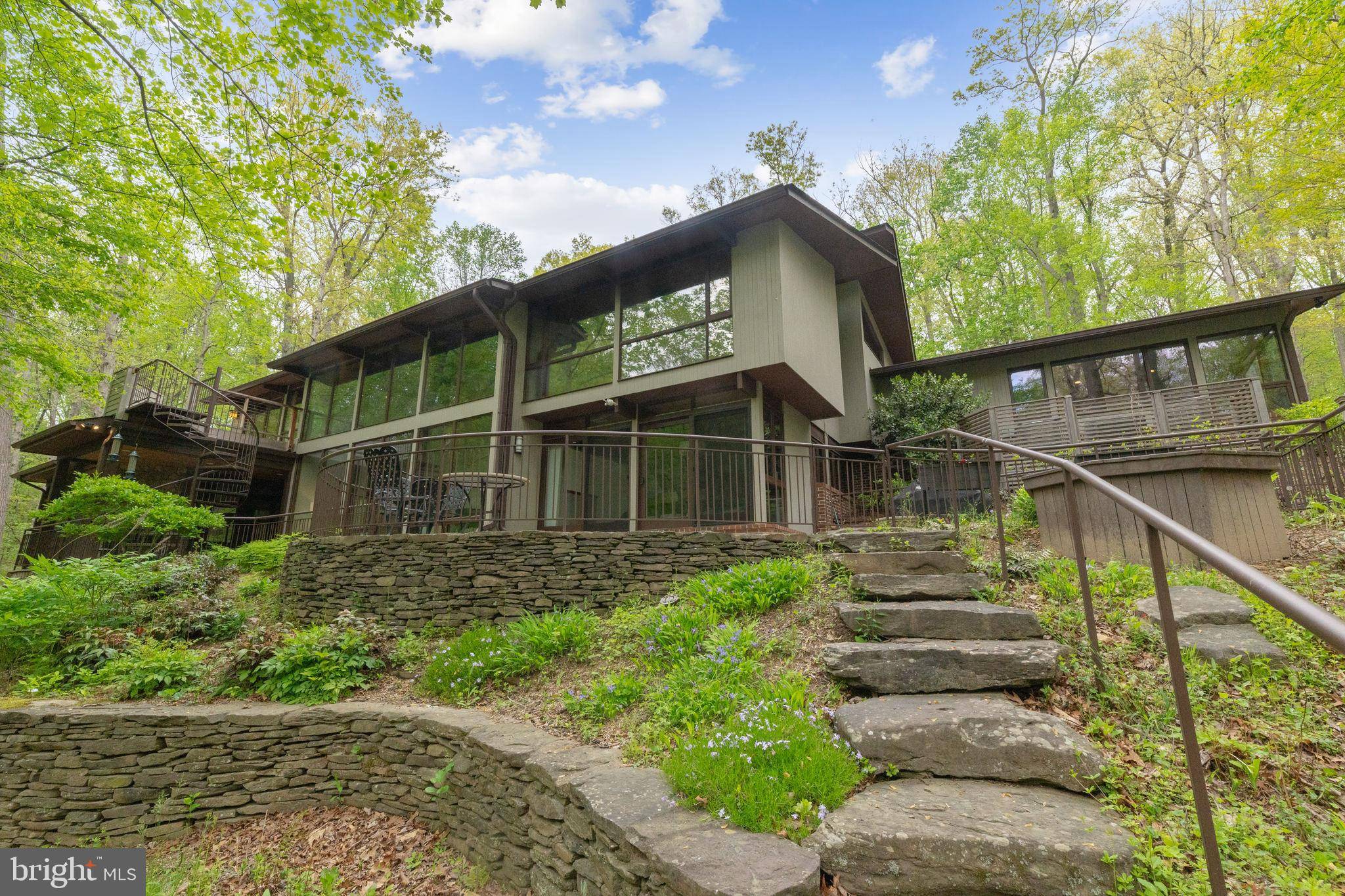 Gorgeous Contemporary. Over 1.3 million dollars of upgrades in the last 5 years. This home has everything for your easy living pleasure: A pond, separate artist studio, elevator, sauna, exercise room... 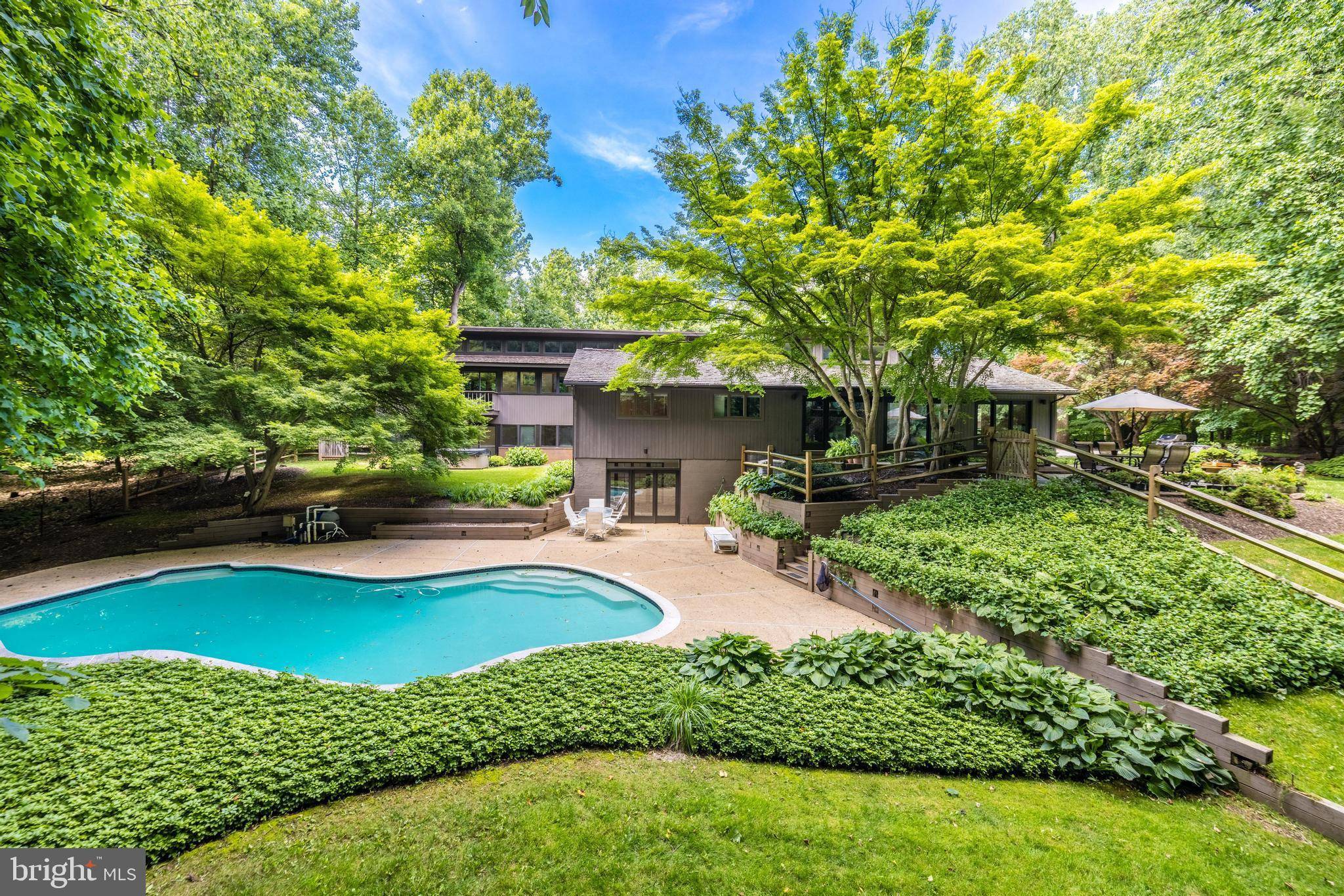 Impressive Great Falls offering, built by renowned Architect Donald Chandler, this home is ready for you. Perfect for an indoor/outdoor lifestyle on 5 acres of land and featuring an in-ground pool... 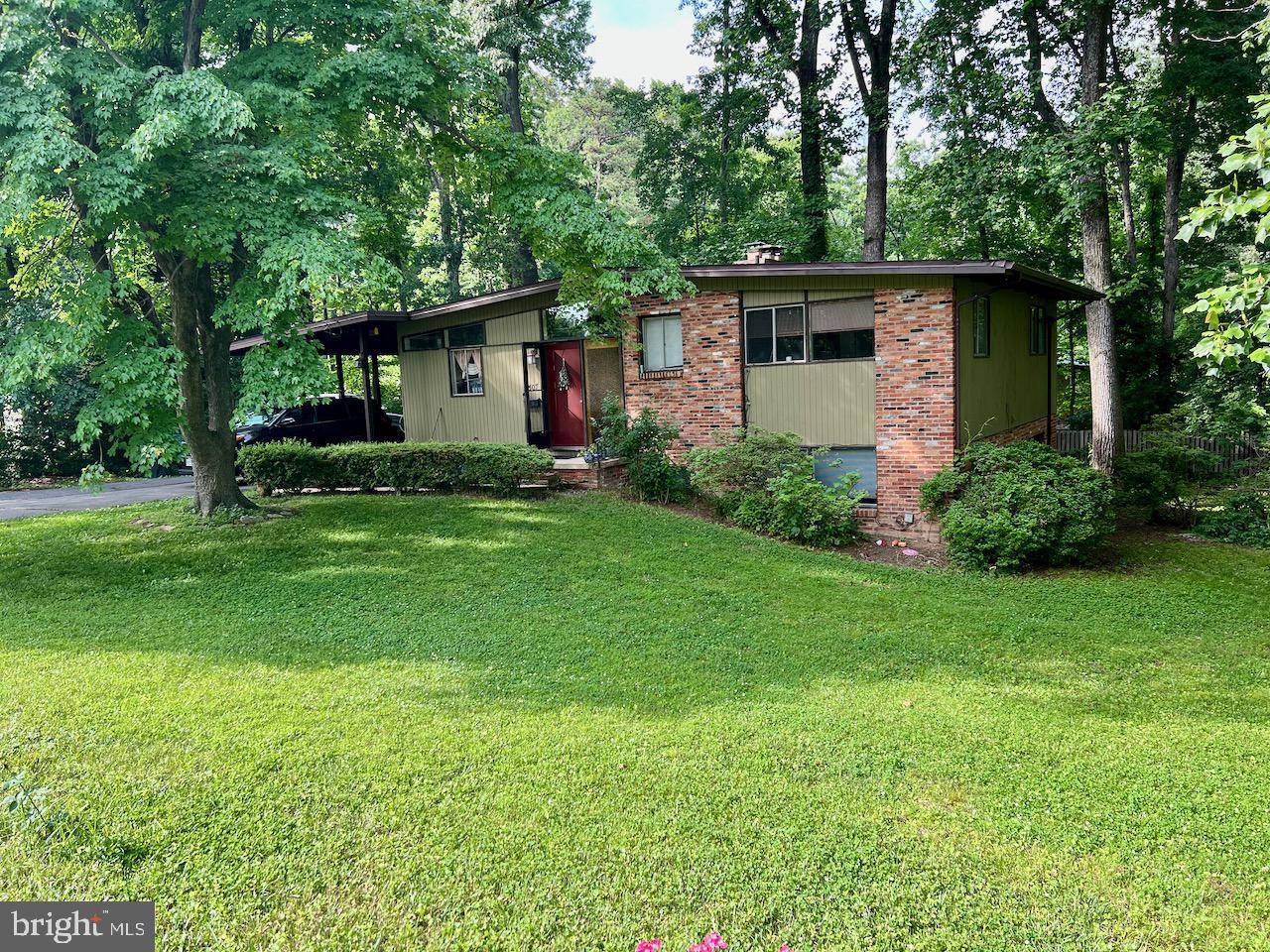 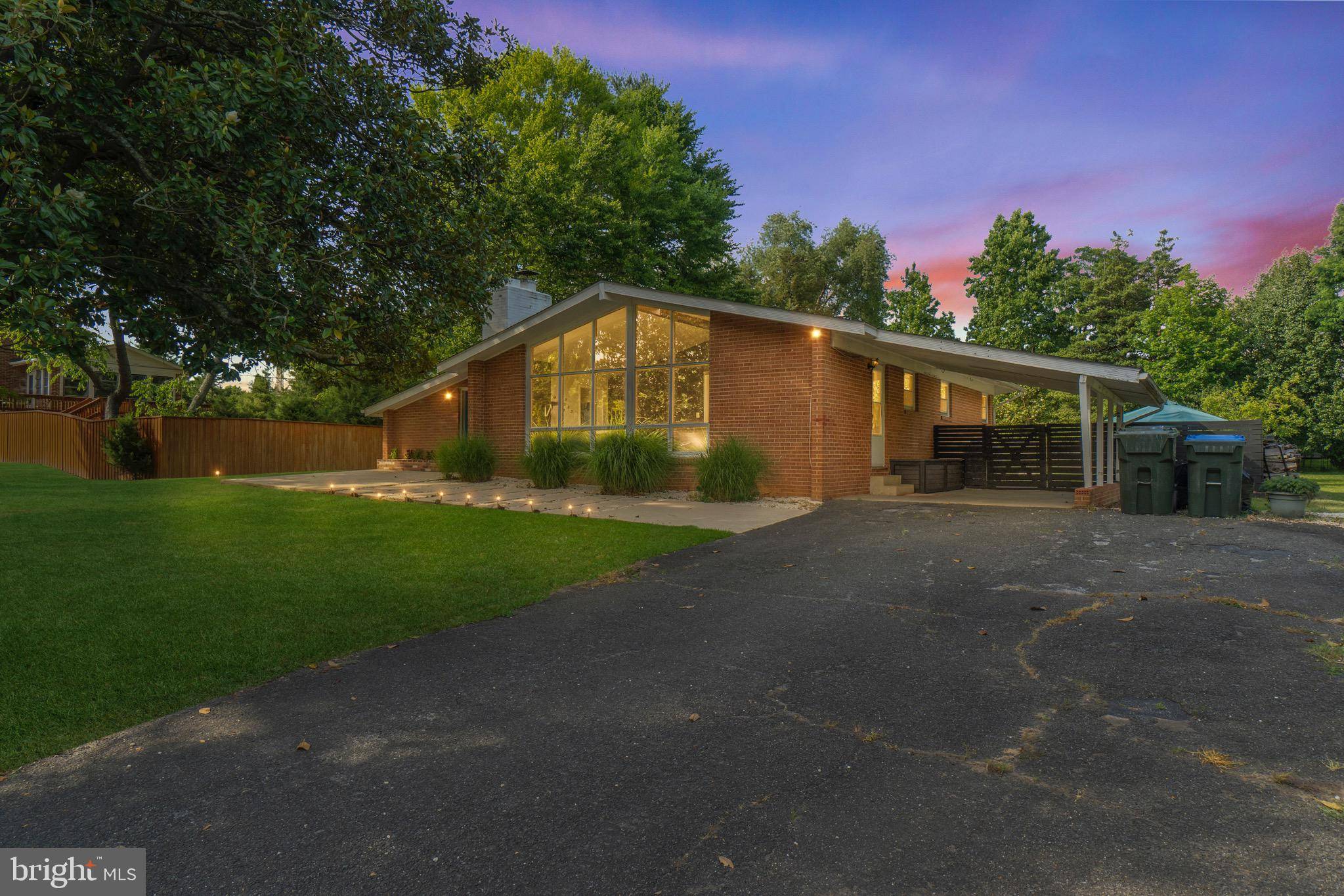 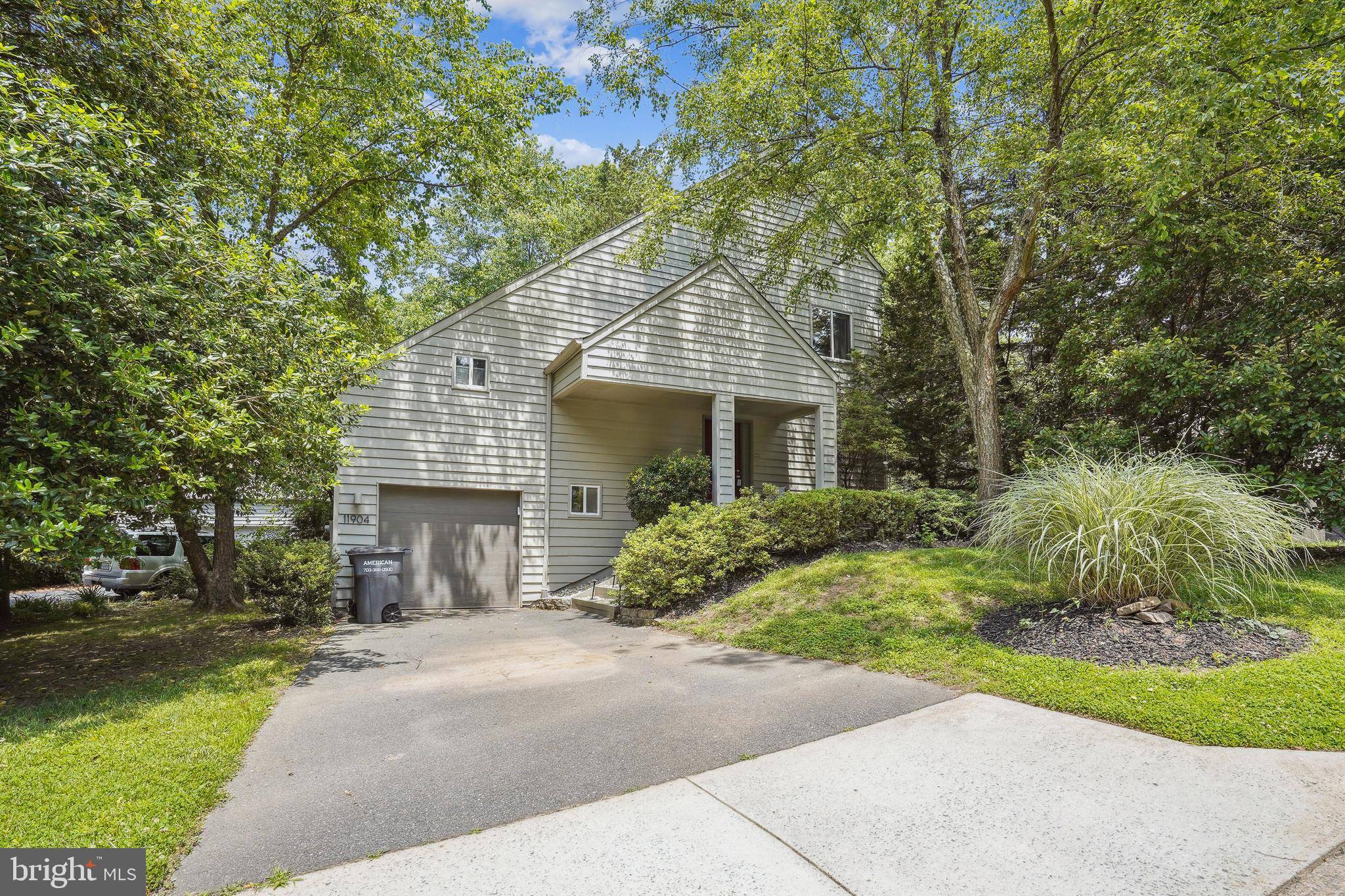 Every room has been updated since 2018! New kitchen with stainless steel appliances, granite countertops, extended storage and double oven. 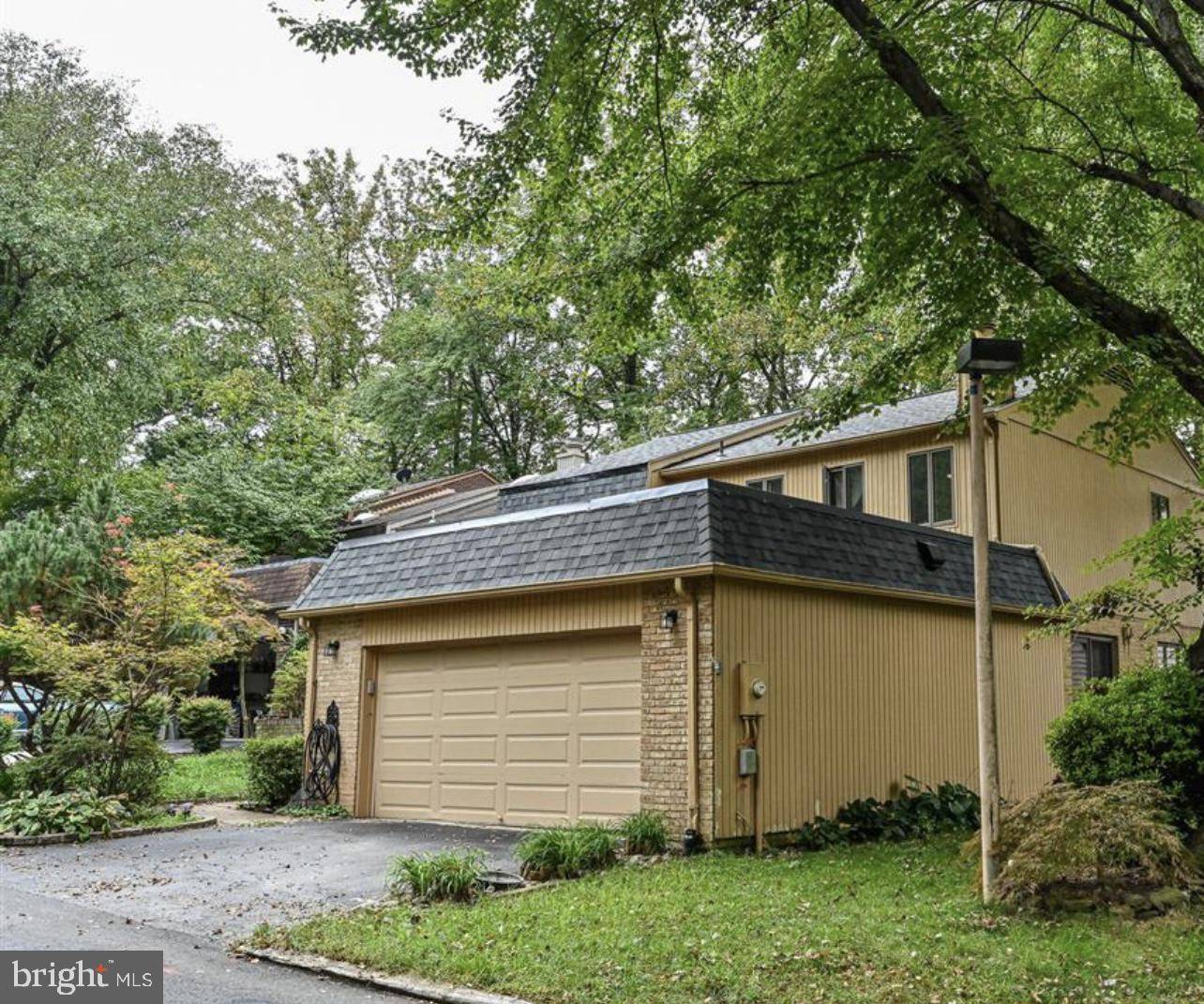 A beautiful contemporary community located in the heart of Fairfax. Many upgrades have been made 2022 fresh paint throughout, hardwood floors throughout... 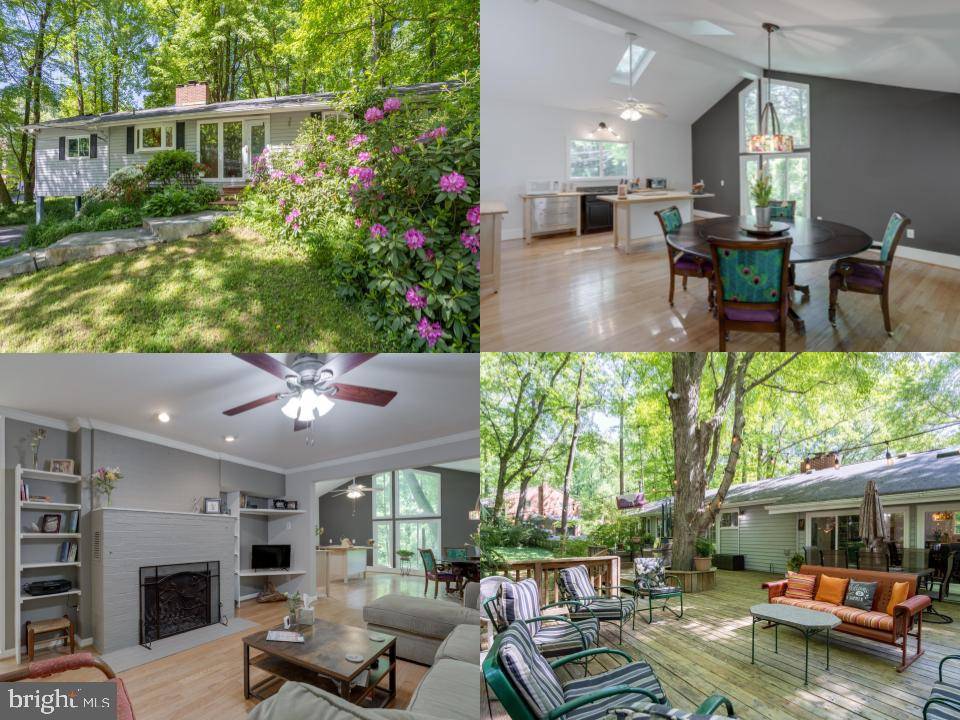 Contemporary home set in enviable wooded bliss in this 1.15 acre lot will completely take your breath away! Feel connected to Mother Nature's bounty from a multitude of vantage points... 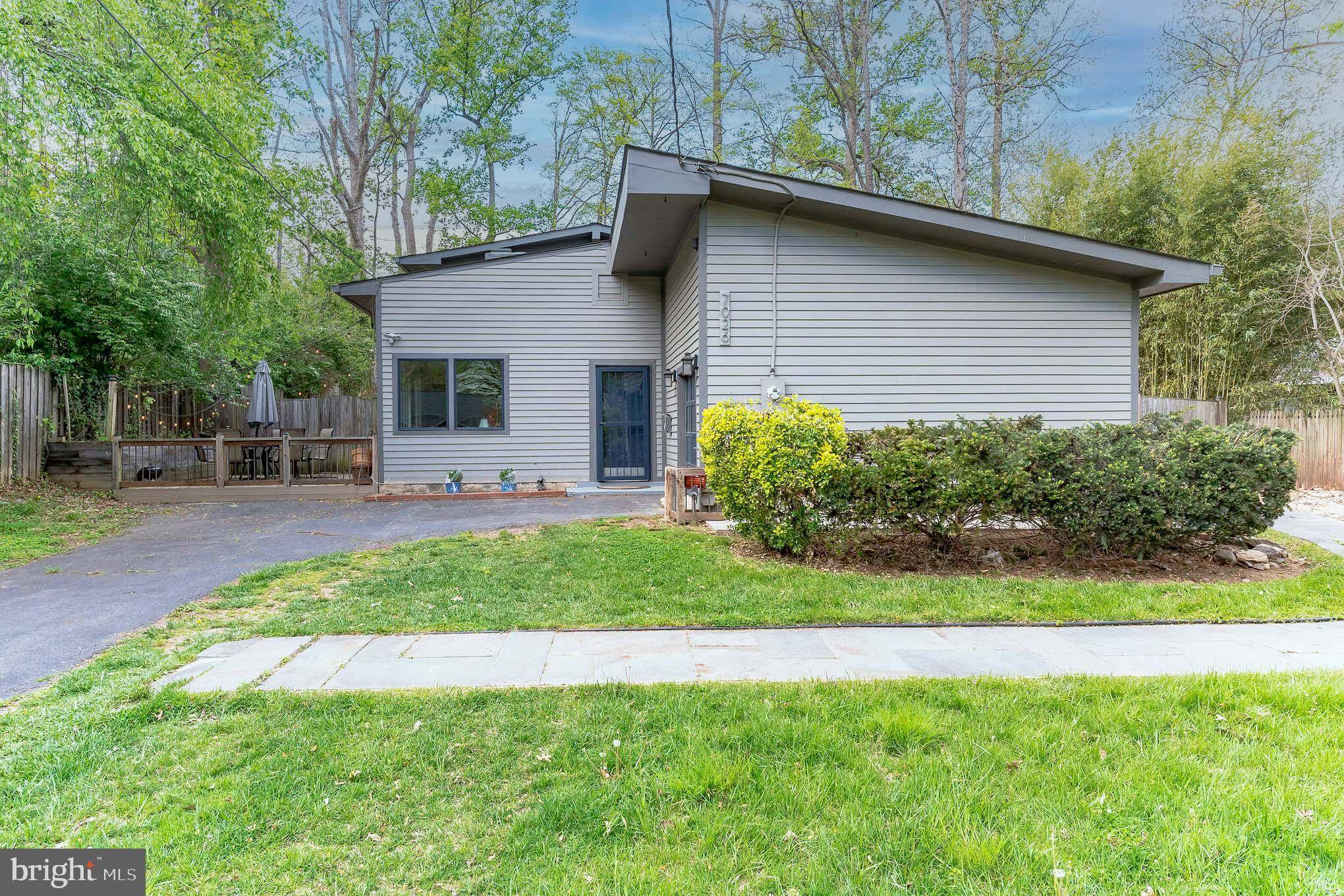 Gorgeous turn-key ready 5 bedroom and 4 bath house located in one of Falls Church's premier subdivisions. Perfect property for investors or a large family.... 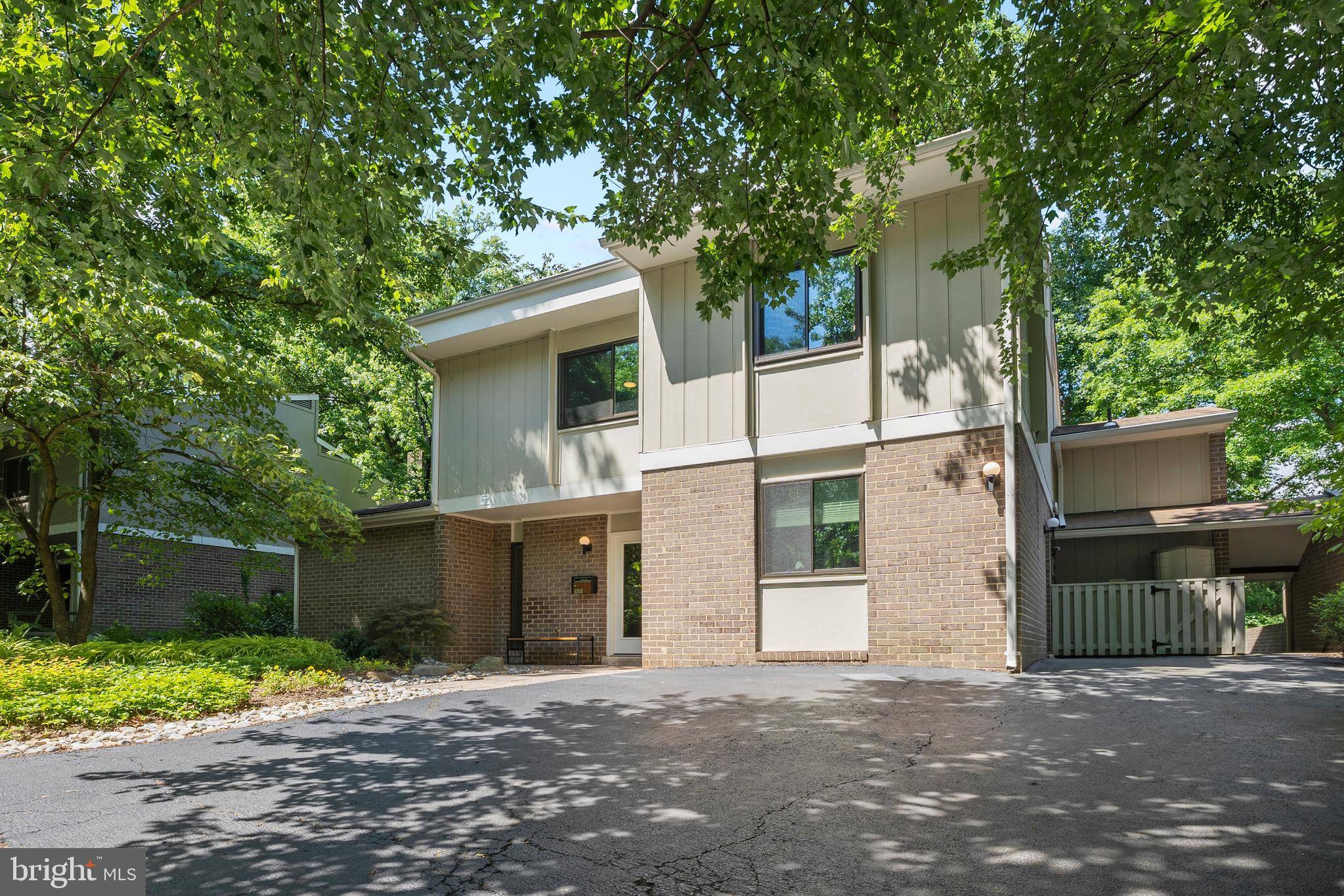 WOOOOOW! And that’s no exaggeration! Design that inspires and stirs the imagination… Welcome to 1618 Greenbriar Ct, a 2021 Reston home-tour property... 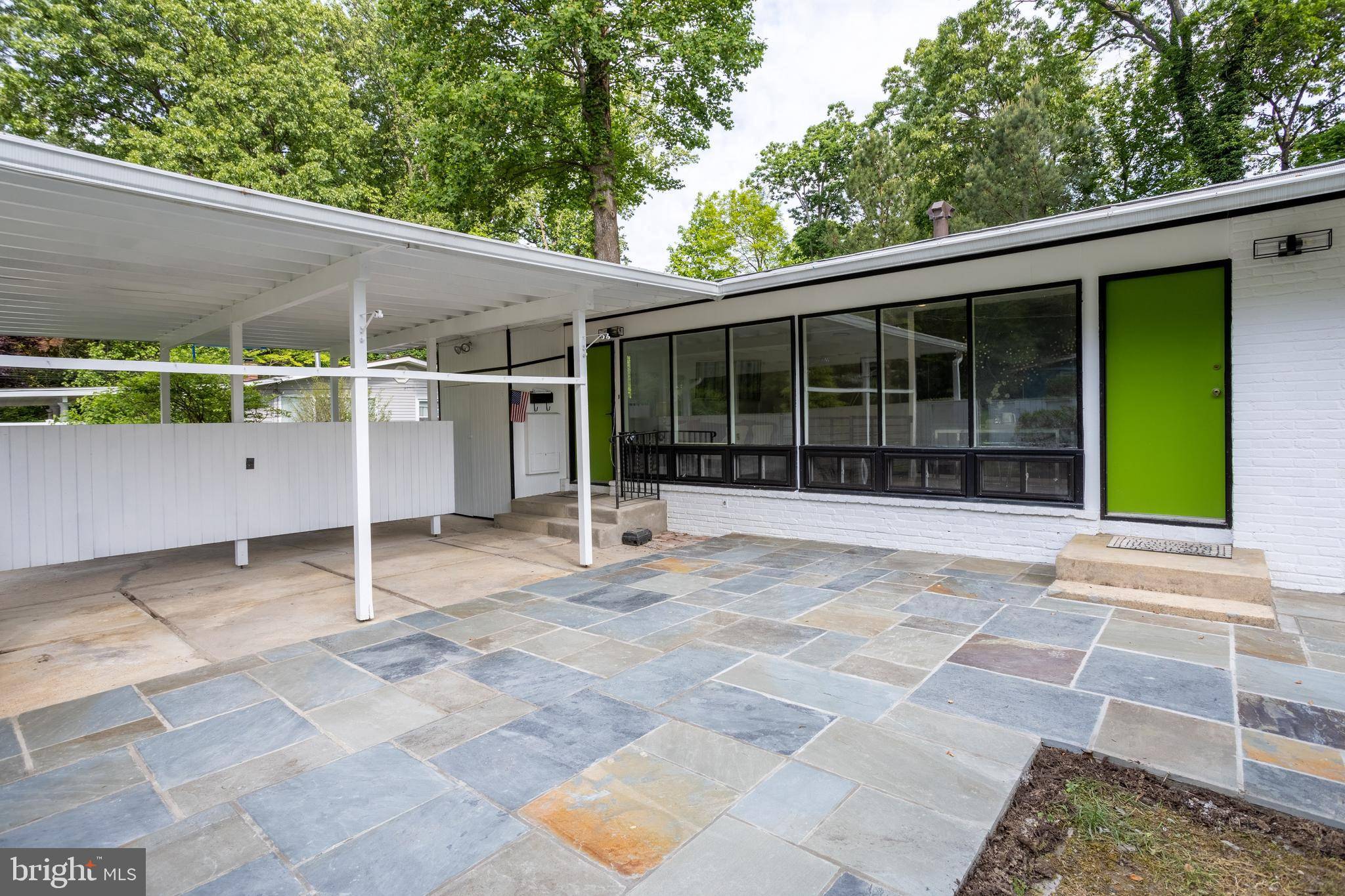 ABSOLUTELY MUST SEE inside and out! Nestled on a street of MID-CENTURY MODERN homes. It has been beautifully renovated. With amazing views, this newly expanded ... 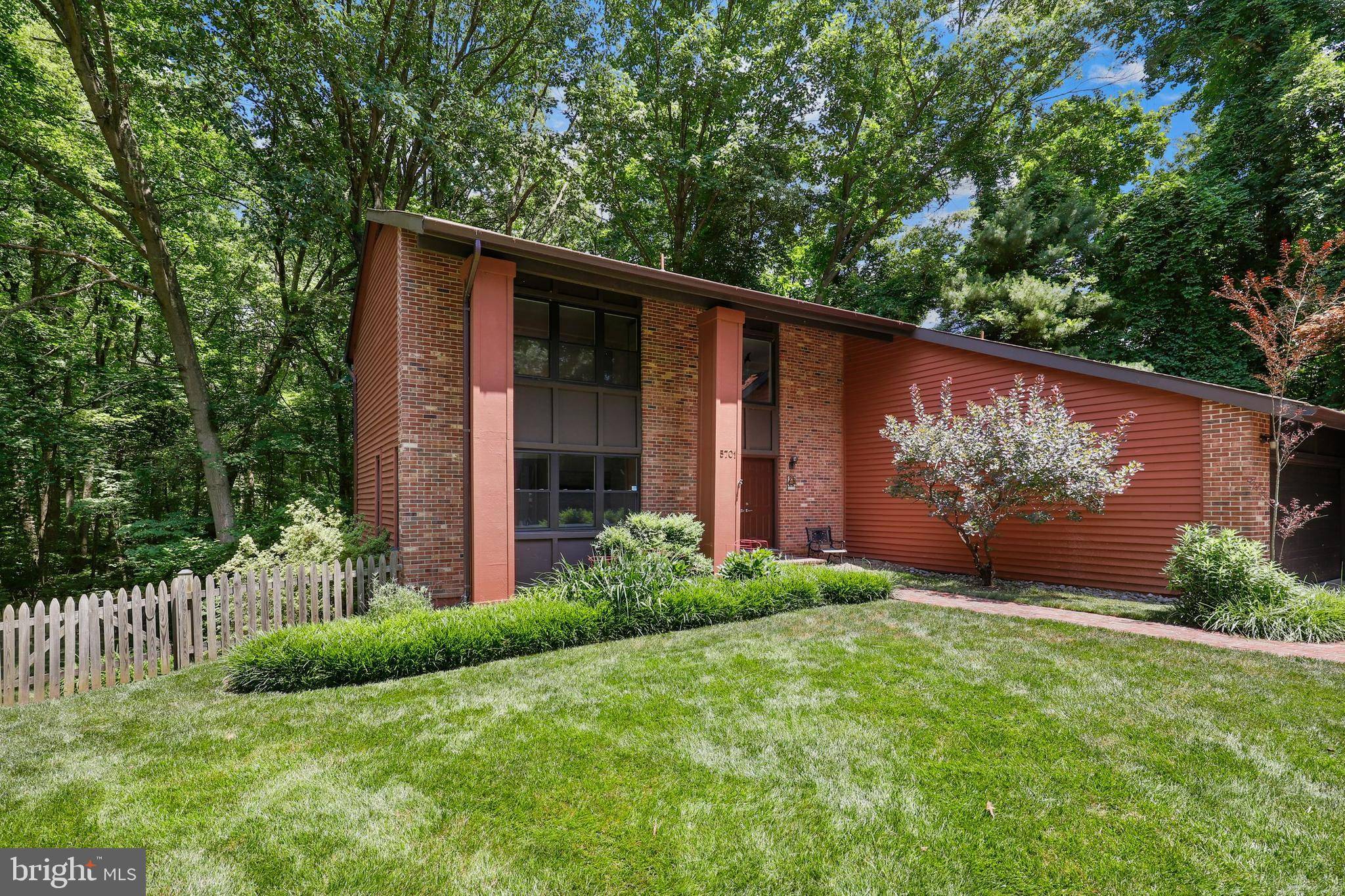 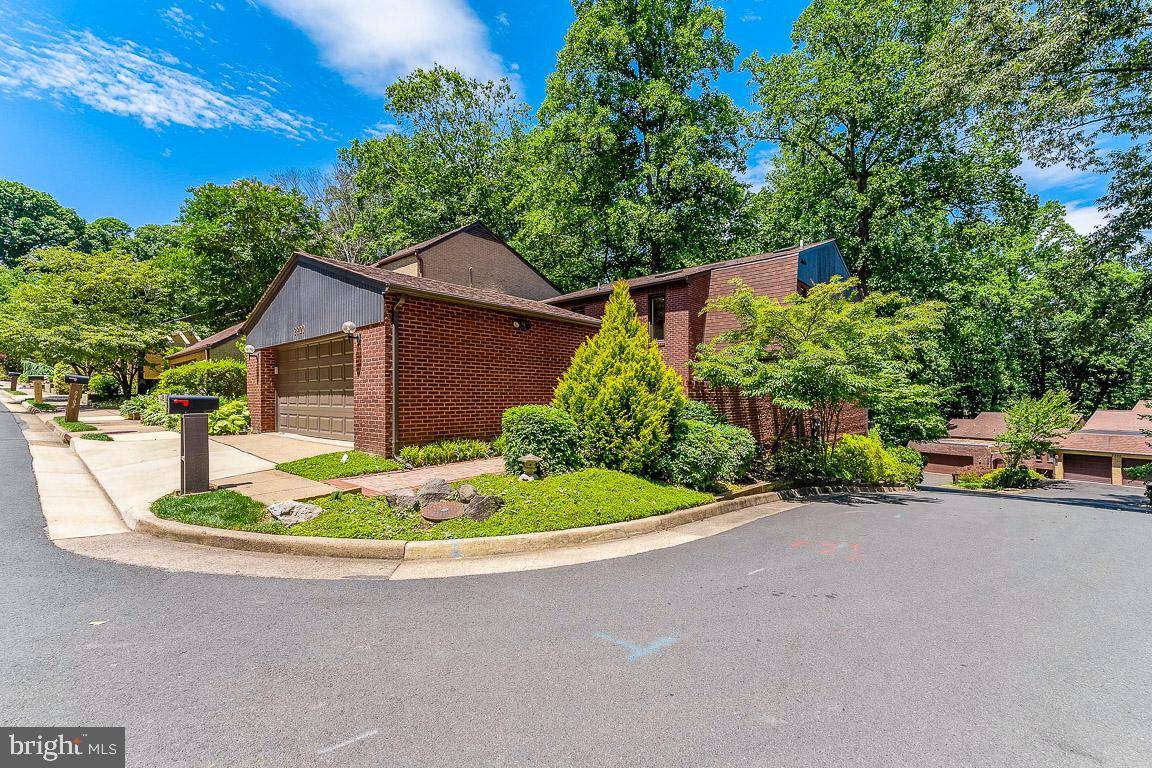 Welcome to this lovely home in the Great Oaks award-winning community. Great Oaks, nestled in wooded surroundings, is located in the heart of Fairfax City, and has 130 contemporary homes with zero lot lines... 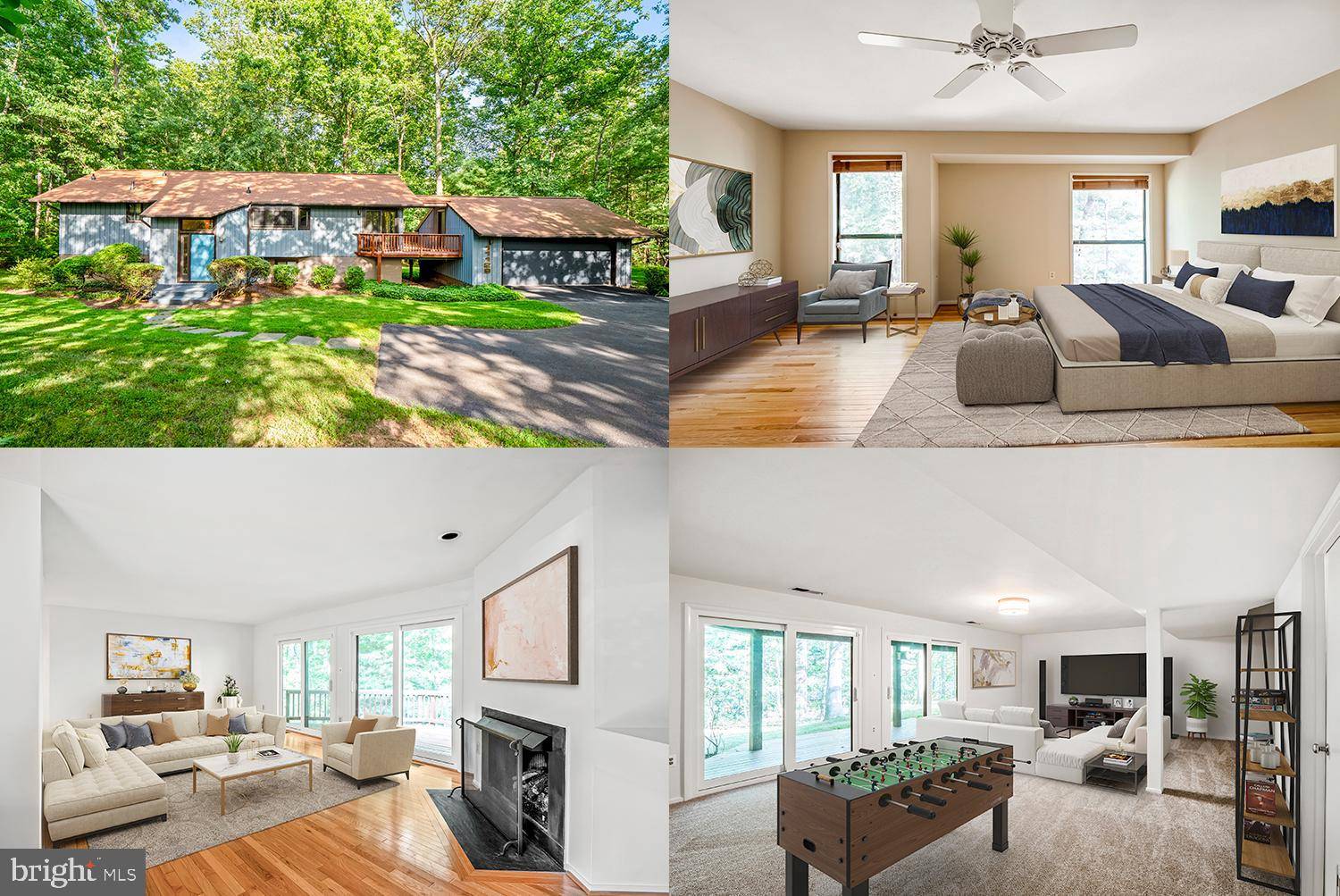 Absolutely stunning home over 2400 sq. ft.!!!!! This is an opportunity to own a 3 bedroom/ 2.5 bath home on a half-acre in Reston. This home offers a desired main level master with an oversized walk-in closet... 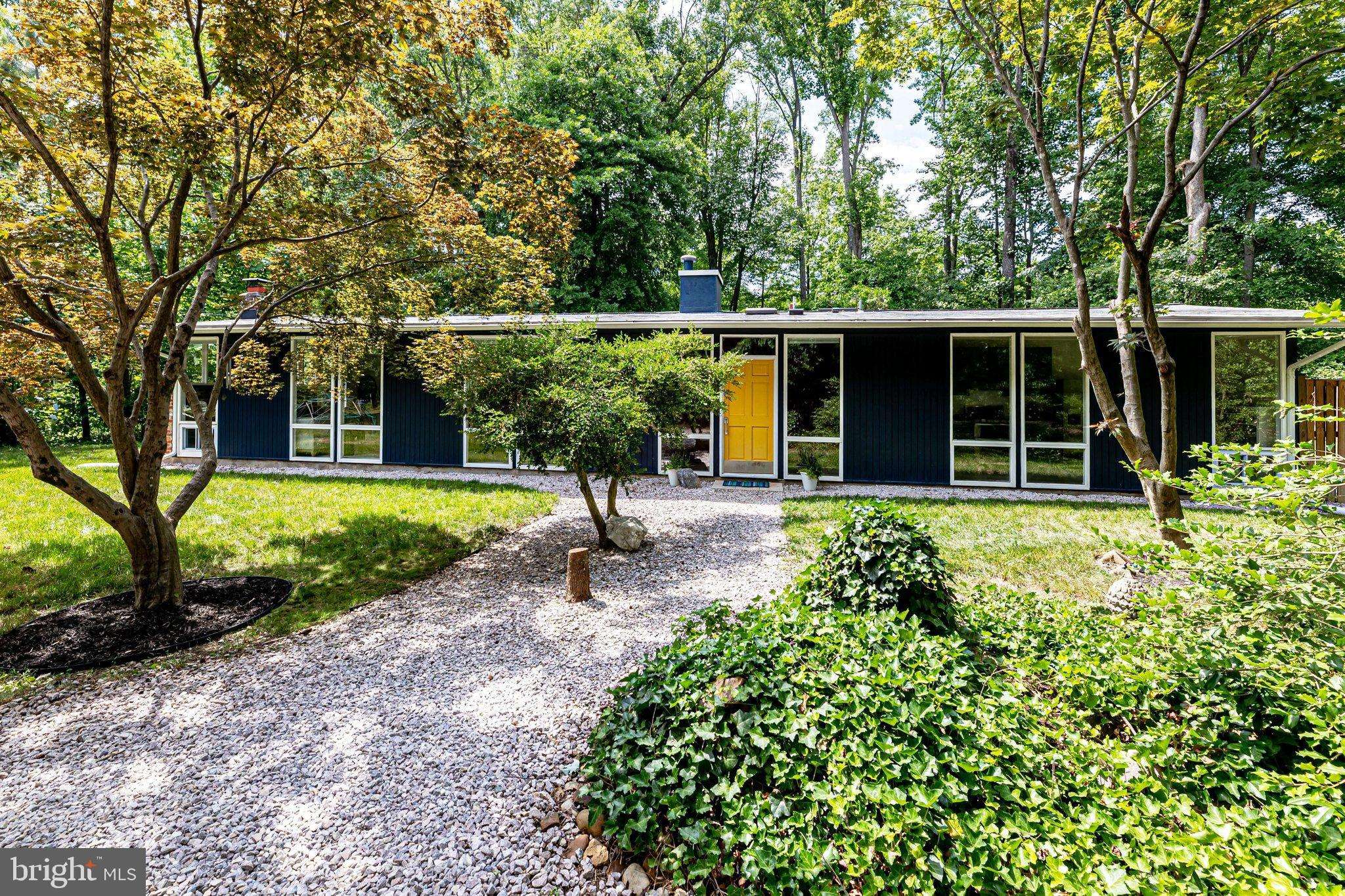 One level expanded “Custom Line” contemporary retains much of the original flow and design that Goodman intended and is a great combination of mid-century and modern. The kitchen has been updated... 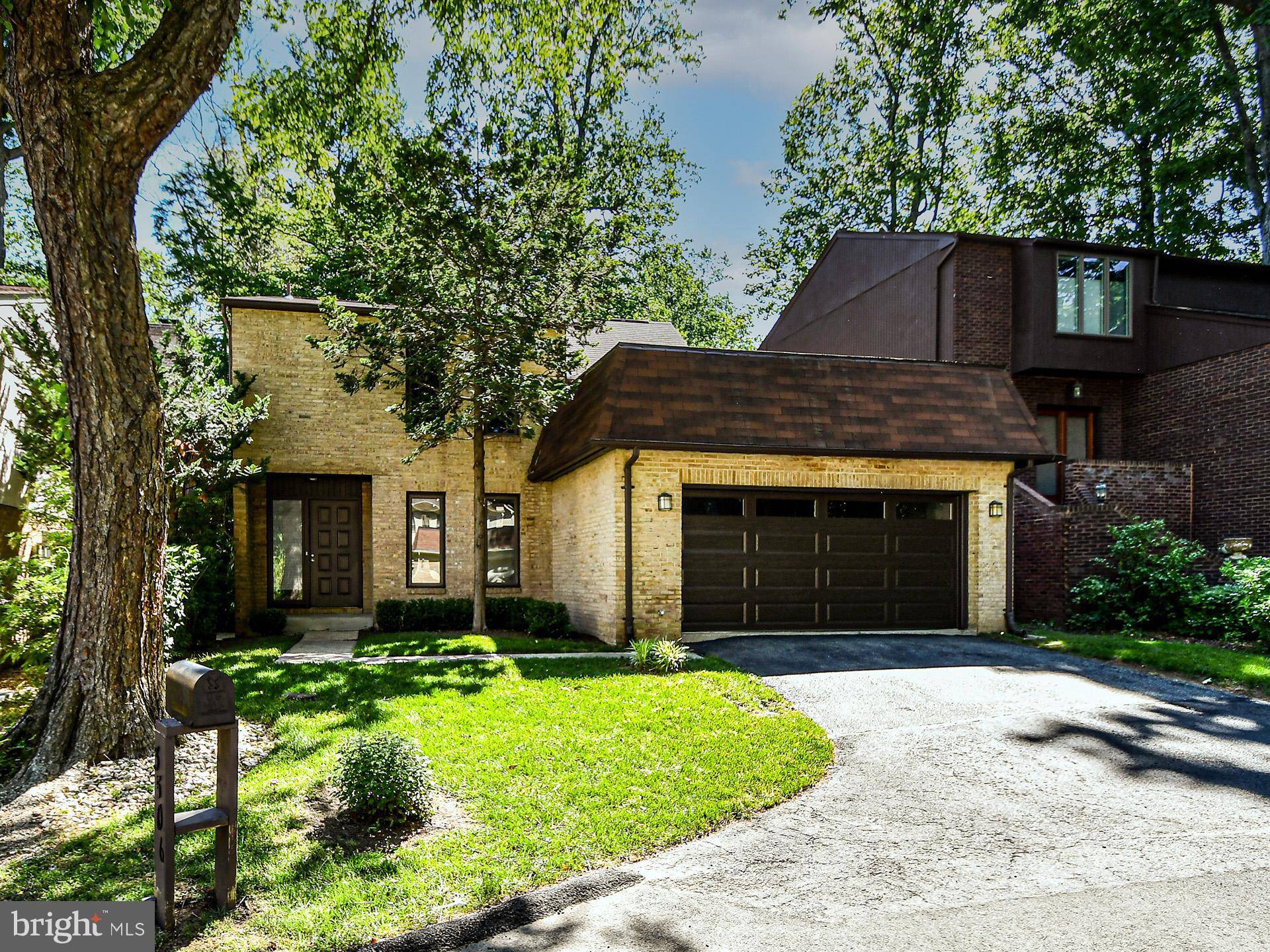 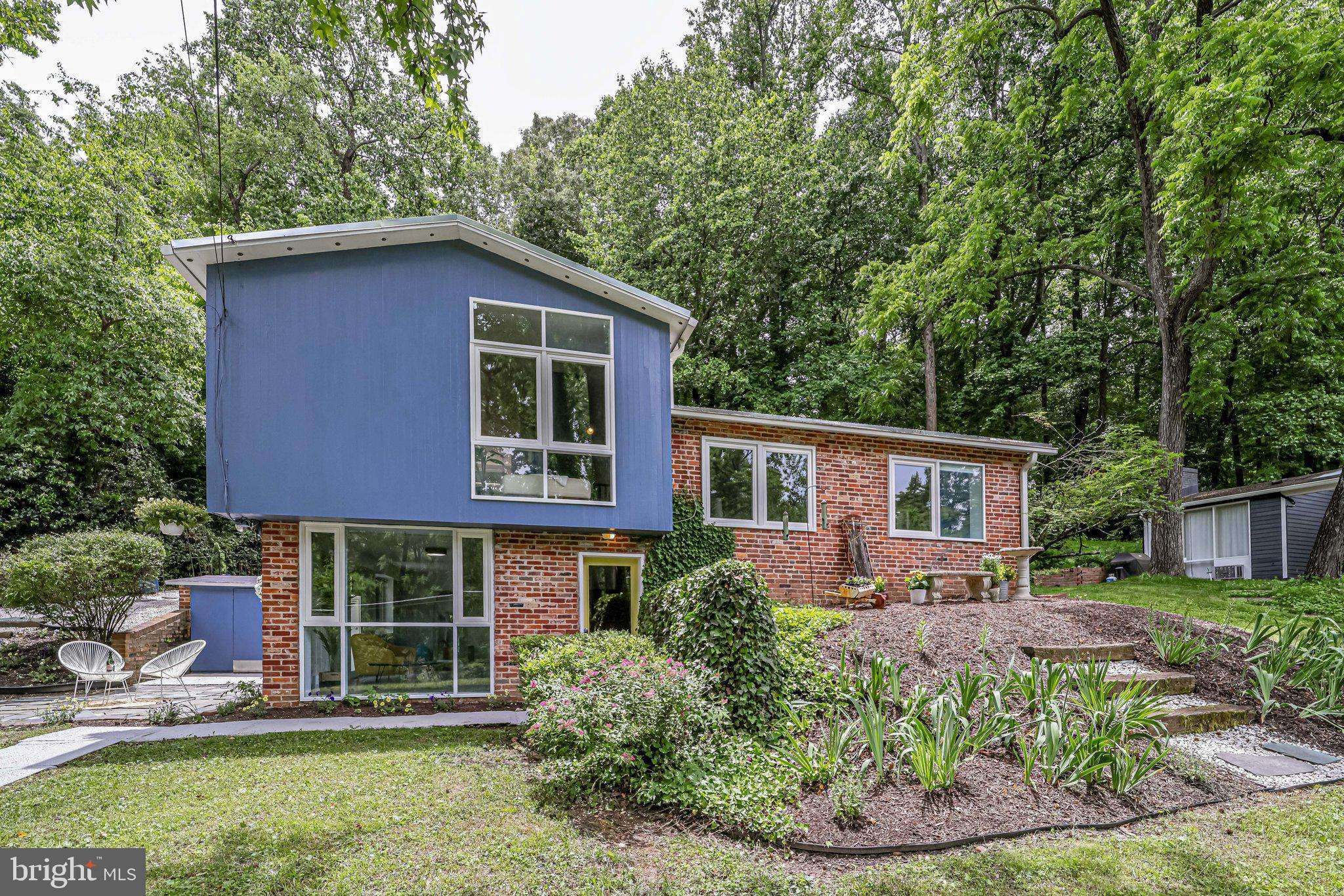 Welcome to 7304 Rippon Road, a standout property in the heart of Hollin Hill in Alexandria, VA. Minutes from the GW Parkway and Old Town Alexandria, Hollin Hill features an eclectic mix of contemporary... 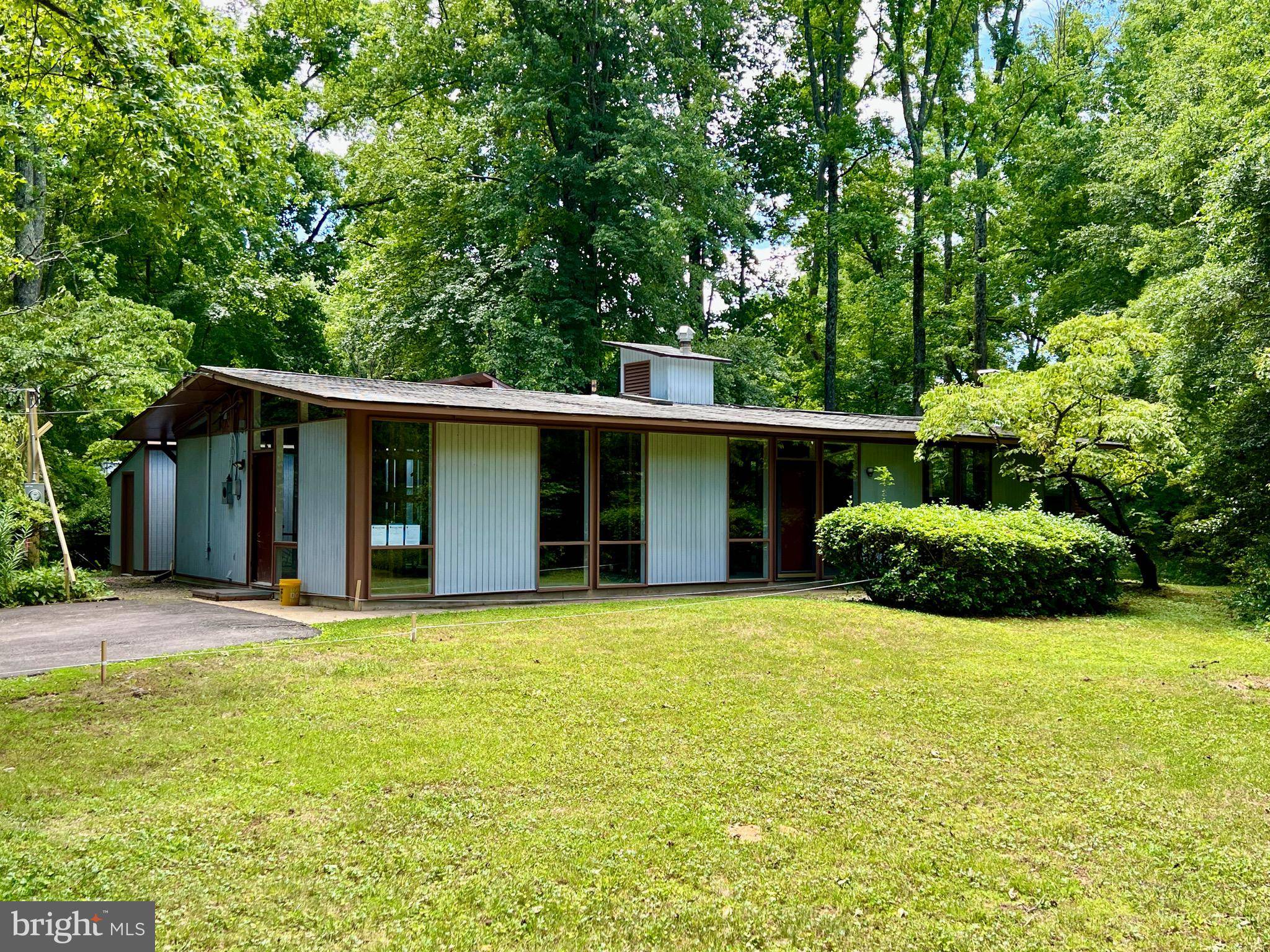 THIS PROPERTY IS A SHELL AND IS READY FOR RENOVATION: Most interior demolition is complete with preexisting stud framing still in place. Existing floor plan is 3 bedrooms and 2.5 bathrooms and can be renovated to re-use this design... 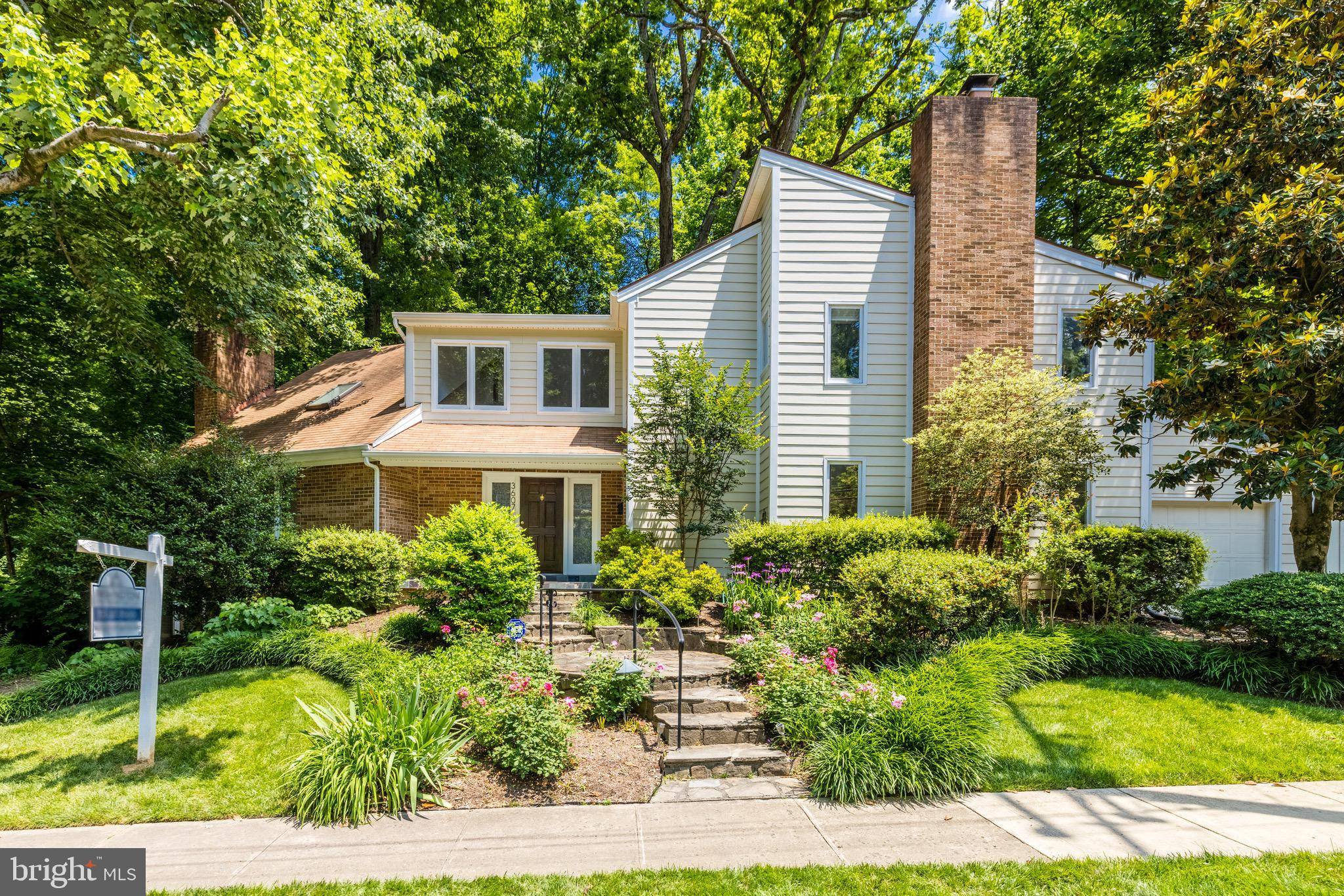 Contemporary Cool, A True Nature Lover's Paradise! Tranquil, serene and cool, this chic contemporary brings the beauty of its natural surroundings inside to create a wonderfully harmonious living space.... 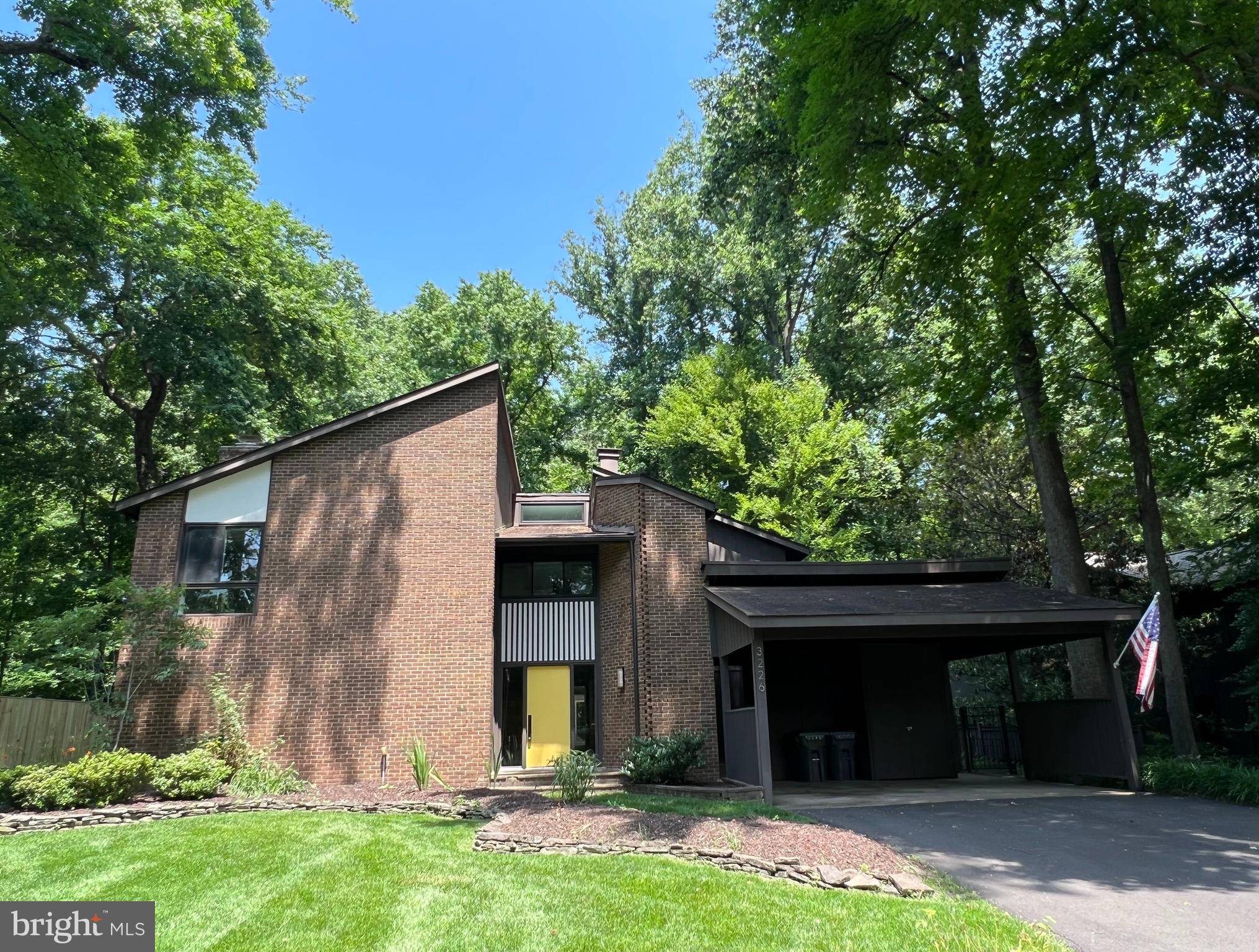 Welcome to your new home, located in the coveted community of Mantua in Fairfax, Virginia. This exquisite home features 4 bedrooms and 3.5 bathrooms with 4,425 square feet and 3 fully finished levels.... 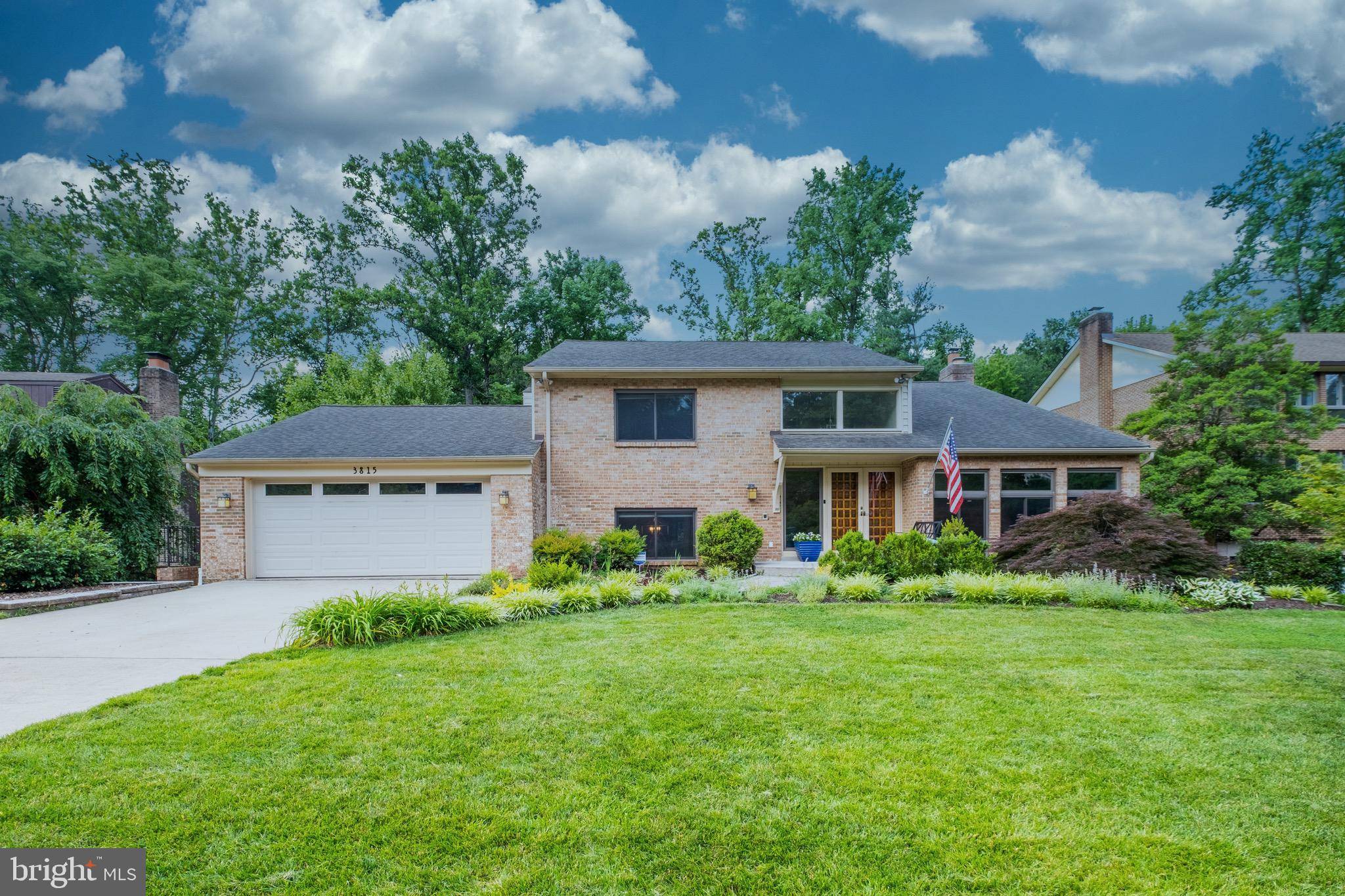 Back on the market! Don't miss this 2nd chance opportunity on this gorgeous 5BR/3.5BA brick home with contemporary updates throughout... 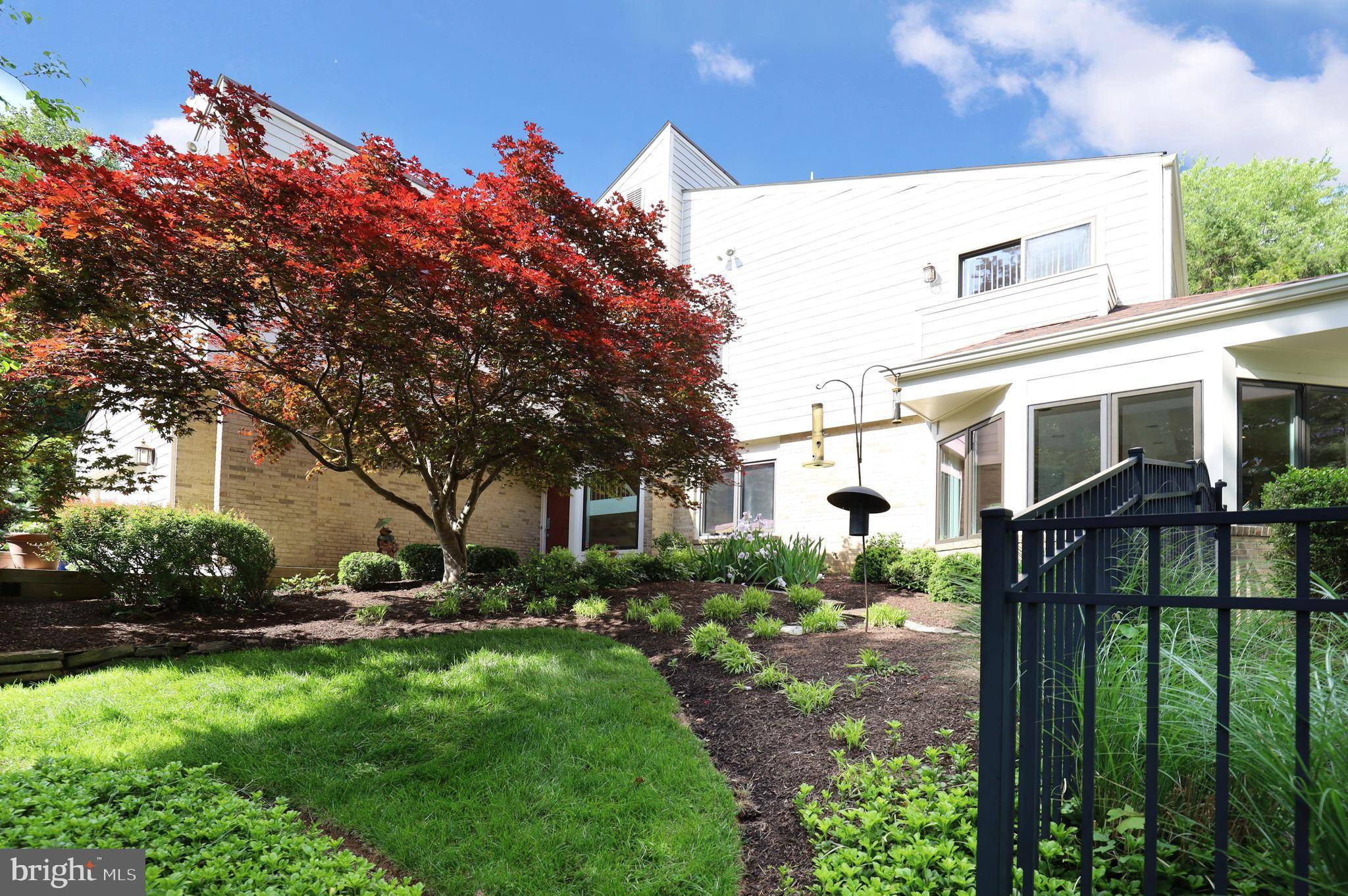 Escape the urban life and enjoy total privacy in your own little corner of the world. Imagine having a daily swim in your private heated pool and hot tub where you can read a book while relaxing... 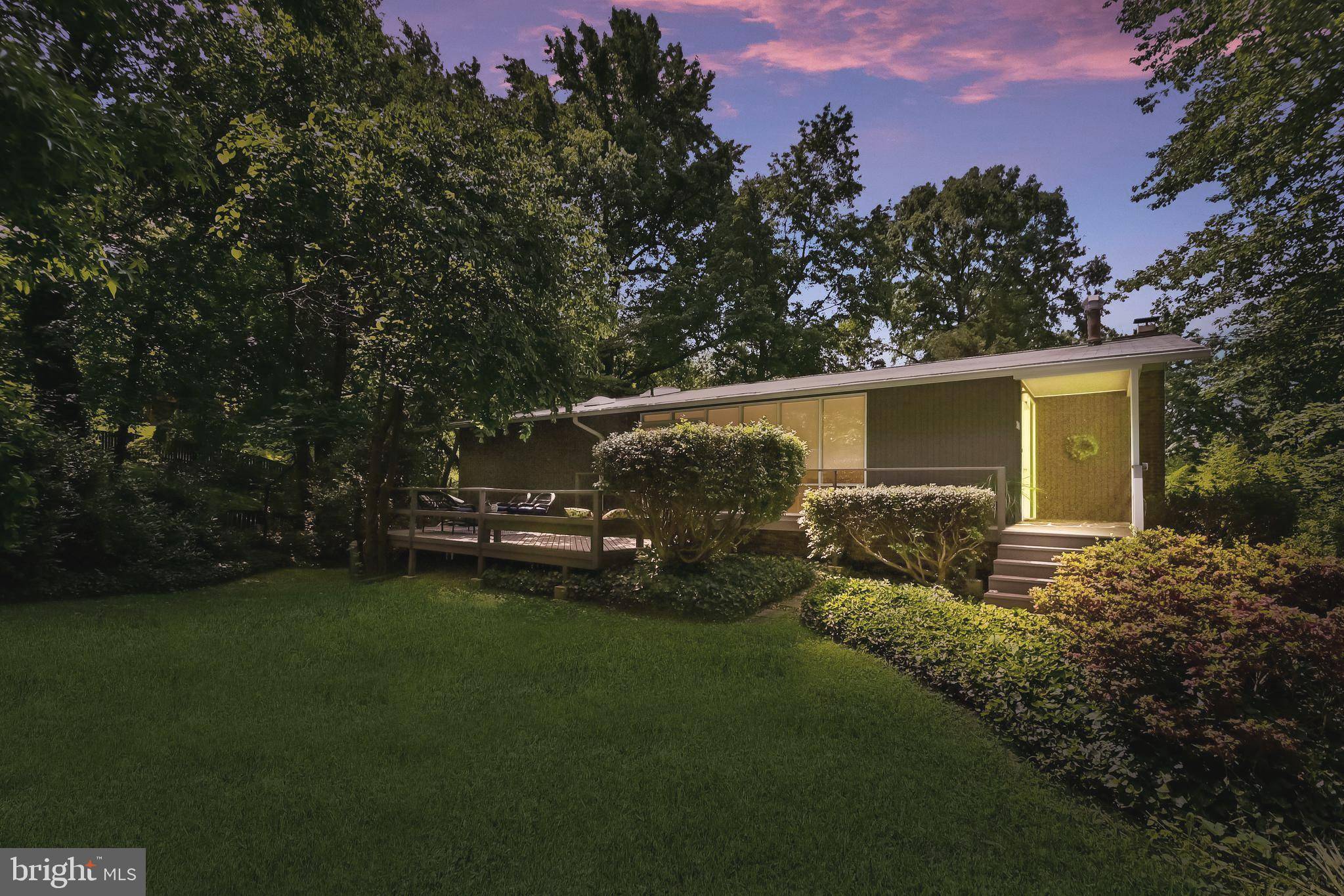 MID-CENTURY MODERN! Enjoy the ambience of Hollin Hills in this lovely wooded neighborhood -- over 1/3 acre in peaceful, serene setting ---- 2 Lev, 5 BR, 3 BA, over 3,000 SF-- One of the largest models built by renowned architect, Charles Goodman... 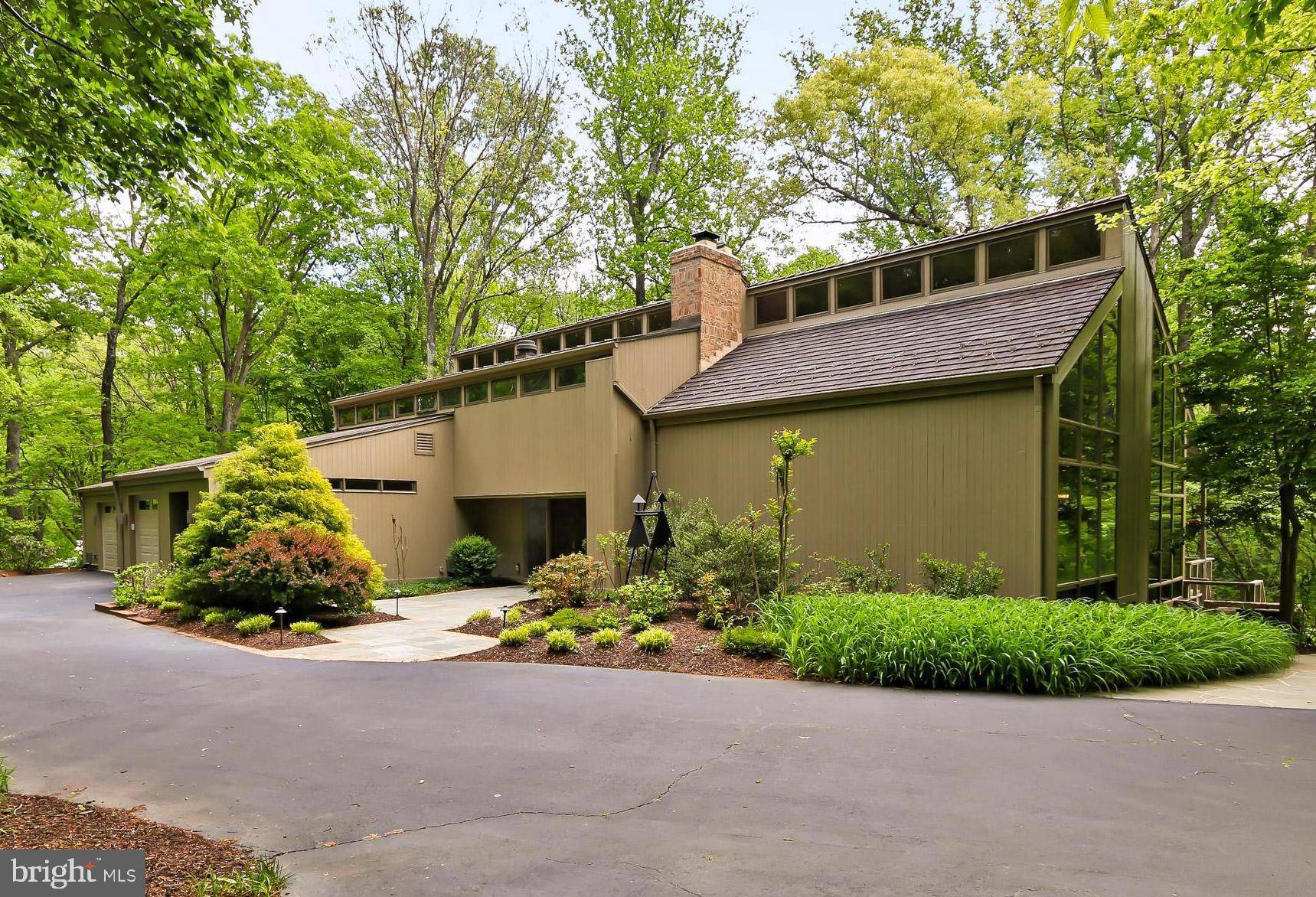 Architectural Masterpiece in Bucolic Fairfax Station!! Get ready to be wowed by this Exquisite Contemporary home on a beautiful 5 acre lot with award winning landscape by McHale Landscaping... 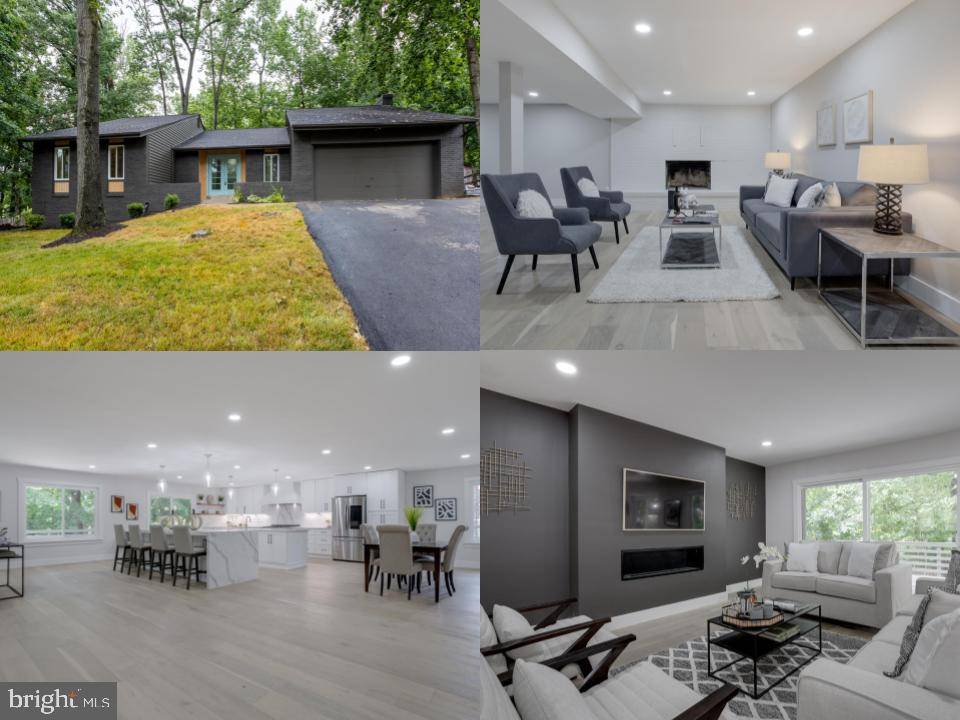 Do you like CONTEMPORARIES? Do you like (almost) BRAND NEW EVERYTHING? Floors, appliances, showers, roof, kitchen - and it is BREATHTAKING!!! Come see this cul de sac contemporary with designer features inside and out... 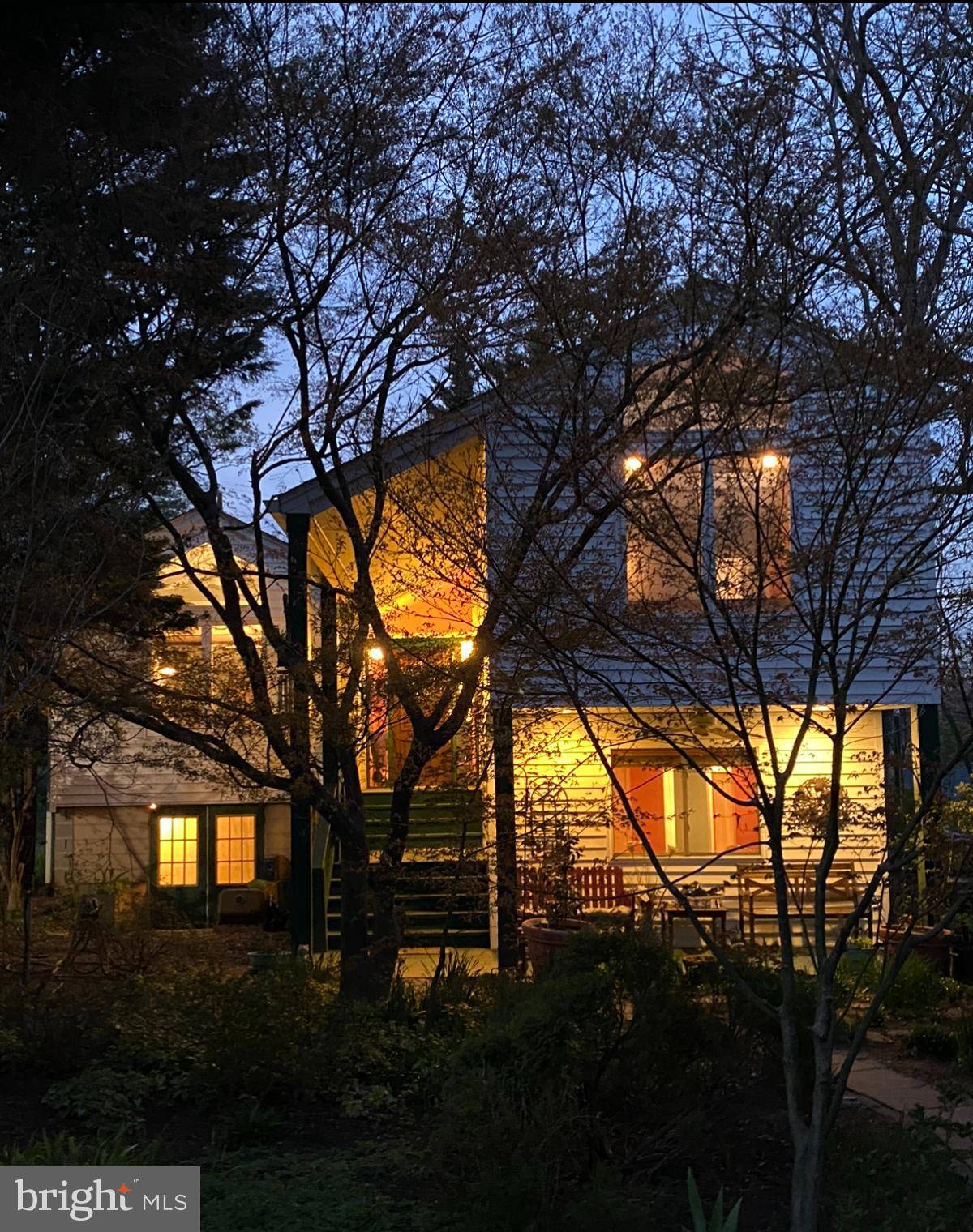 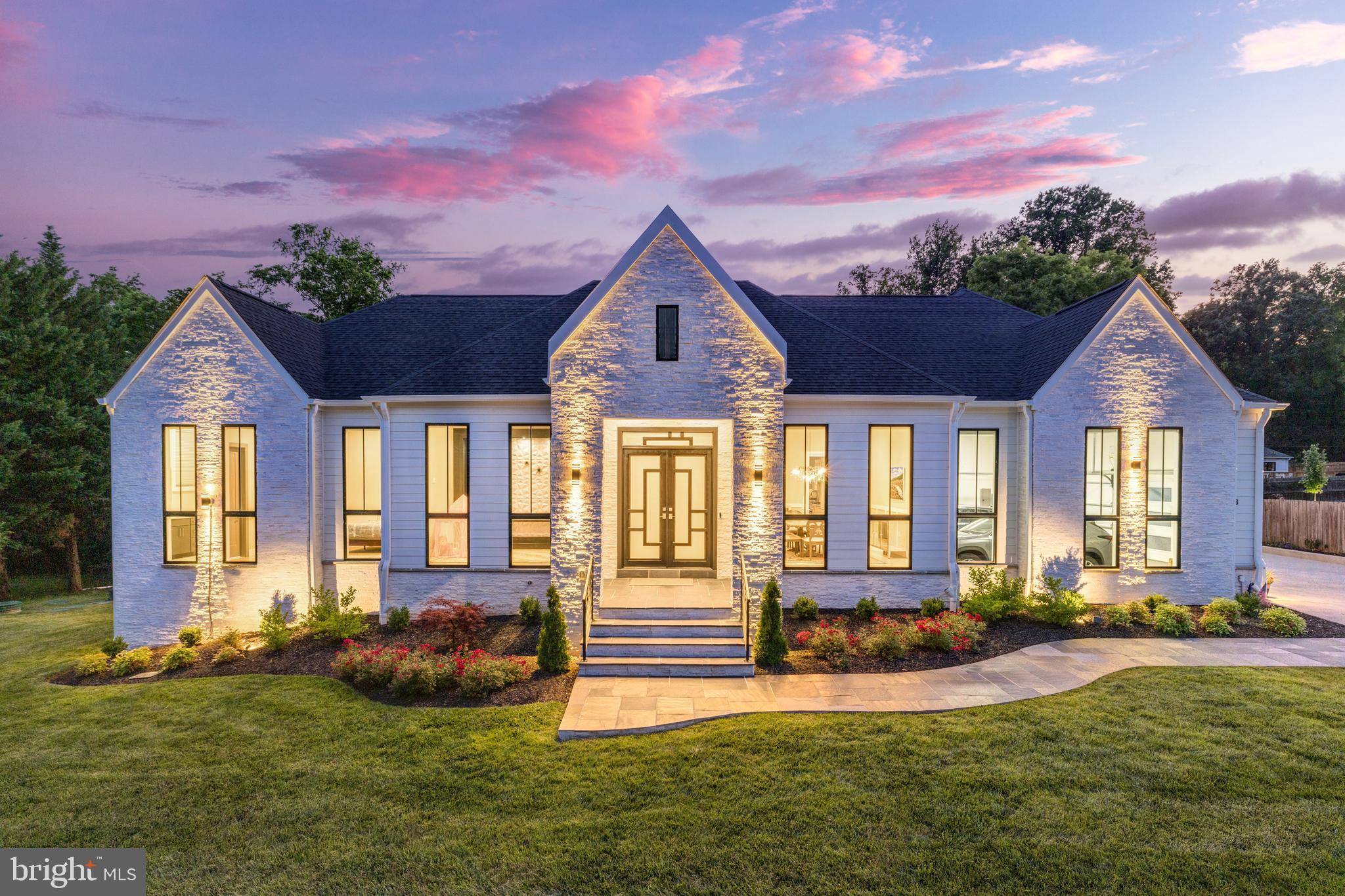 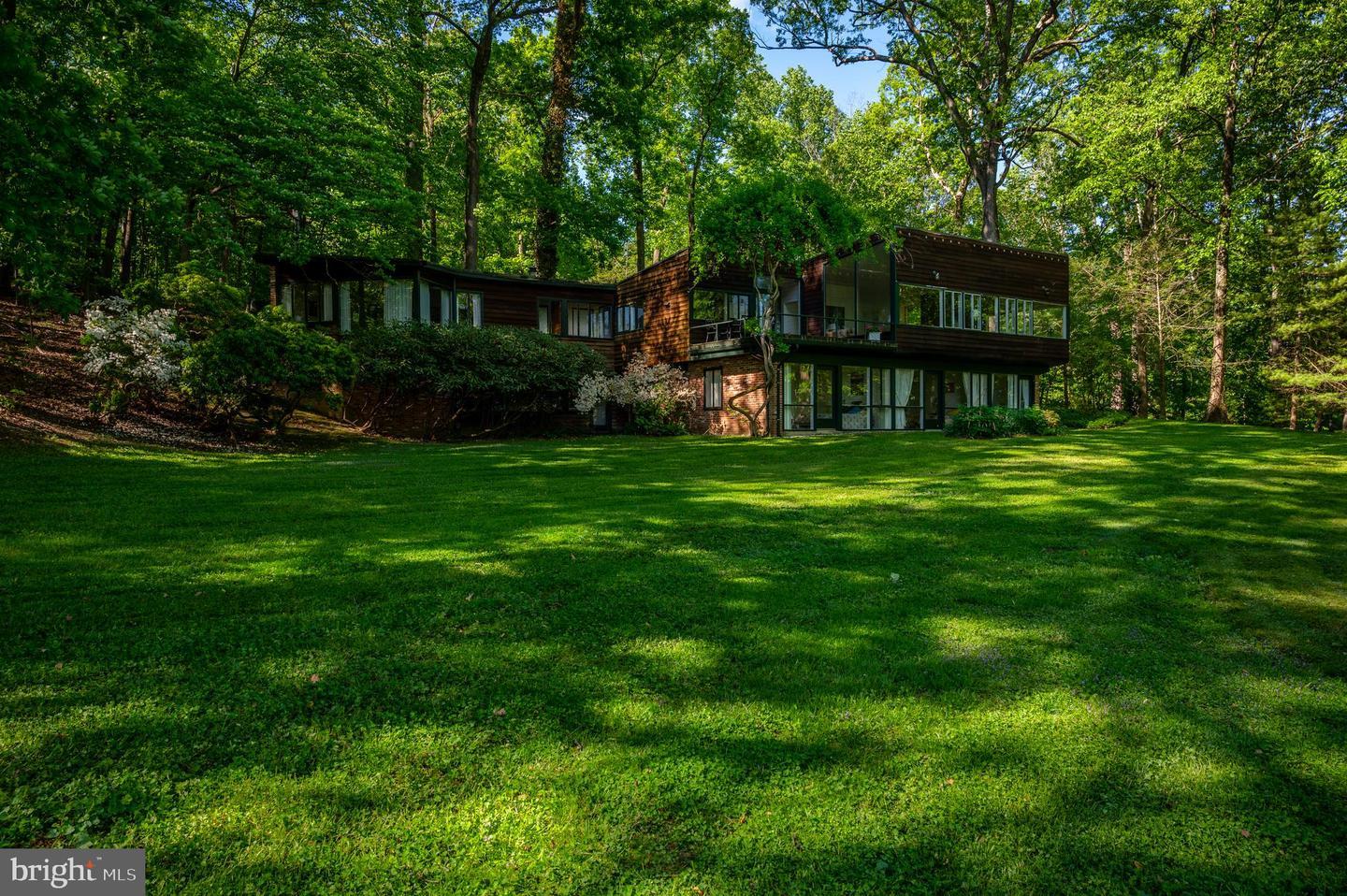 NEW PRICE! Privately nestled far off Georgetown Pike and directly on the banks of the Potomac River are the 5.17 acres that encompass 701 Bulls Neck Road. This property has spectacular sight-lines and views....

Easter Hill is the ultimate Washington estate encompassing two lots and 3.8 acres overlooking the most captivating views of the Potom...

Get on our Mid-Century Modern Home Listing Alert

Once we know your home search criteria, we will notify you when a mid-century or modern home comes on the market in the Northern Virginia area. If you are interested, we'll schedule an appointment.

Thank you for reaching out!

We'll get in touch with you soon.

We respect your inbox. We only send interesting and relevant emails.

We use cookies to enhance your browsing experience and deliver our services. By continuing to visit this site, you agree to our use of cookies. More info